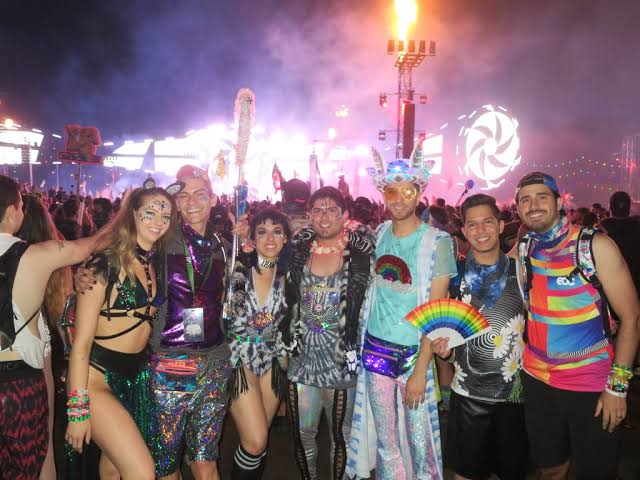 Creating a Rave Outfit – Thing You Need to Know

The biggest requirement here is considered to be that the outfit must be bright and colorful. This is because rave parties are usually held at places that are very dark, and as it’s supposed to be that way, the lighting doesn’t help much either as the only lighting you have there is laser lights and strobes.

LED hoodies are very hot right now. You may have to go for a cool one in order to avoid getting lost in their crowd, but that’s about it.

If you want to go even bigger here though, then you also have things like LED sunglasses, light-up hoods, rave masks and more.

Remember what we said about the outfit having to be bright and colorful? You may want to keep that in mind when choosing your top, with the other thing being it would probably be even better if they are light-reflecting too.

Apart from being bright, bottoms are also preferred to have a metallic feel to them. While there are a few different options here, the full-length pants are often the safest as they are also fairly popular.

The rave fashion for men is never constant, but let us share with you the things that are working right now for men.

Rave masks are a popular option among the men that frequent rave parties. However, unique designs are preferred over something normal or standard.

If you would also like to accessorize your look further, then a pair of rave sunglasses will probably serve you well too.

Both arc-reactor shirts and tank tops are considered the best options for men, but just like pretty much everything else, the more unique they are, the more attention they may get.

Just like women, even men can’t go wrong with those cool LED rave gloves at a rave party.

You would be surprised at what kind of options you have here. Yes, even men have a whole lot of options when it comes to rave pants.

Needless to say, no one really prefers the same old jeans here. In fact, they are considered a pretty boring and outdated option for rave parties.

It’s the funky rave pants that dominate rave parties, with the ones that have a glowing feel to them being believed to be an ideal choice.

Both men and women would want to stick to leg warmers that come in neon colors here, with probably the only other real option being plasma LED rave shoes.