Bata footwear is the largest shoemaker company in the world by volume, selling 1 million shoes every day. Bata is a well-known shoe producer and vendor in the entire region. Bata’s success is based not only on their innovative design, but also thanks to great communication with customers. The company is organized into three business units: Bata, Bata Industrials and AW Lab. The company has a retail presence of over 5300 retail stores in more than 70 countries and production facilities in 18 countries.

As we all know every company have its up and down graph. bata too face some challenges to increase brand value and image and what strategy they apply to gain its market value among its competitor discuss about its challenges ,strategies and outcomes . 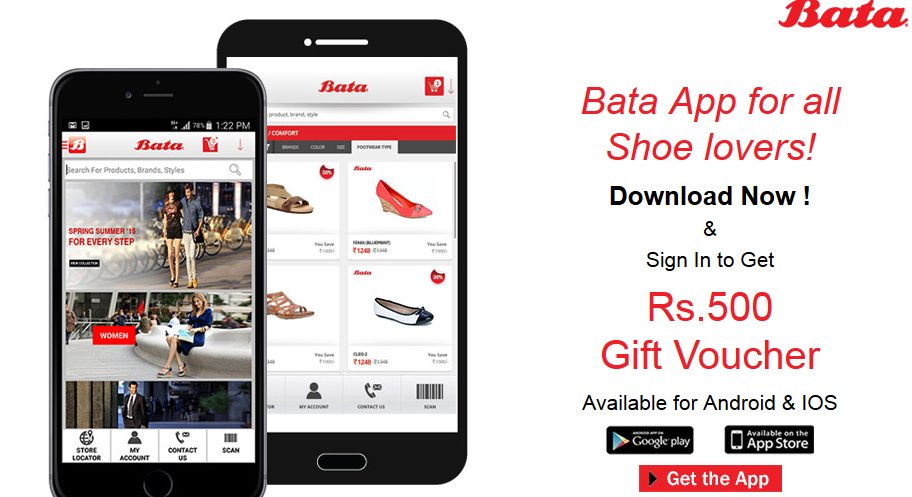 The campaign was a complete success and ran through mobile advertising platform. results show that the users actively reacted to the mobile ad with a CTR of 17,78%, which is quite above the mobile campaign average. Furthermore, the discount coupon was downloaded more than 2300 times. On the one hand, this interactive campaign was a new way of communicating with the brand for the customers.

thus we can see the outcomes of digital marketing campaigns in various other brands like peter england,burberry ,lifestyle etc all make strong digital strategy  for sucess